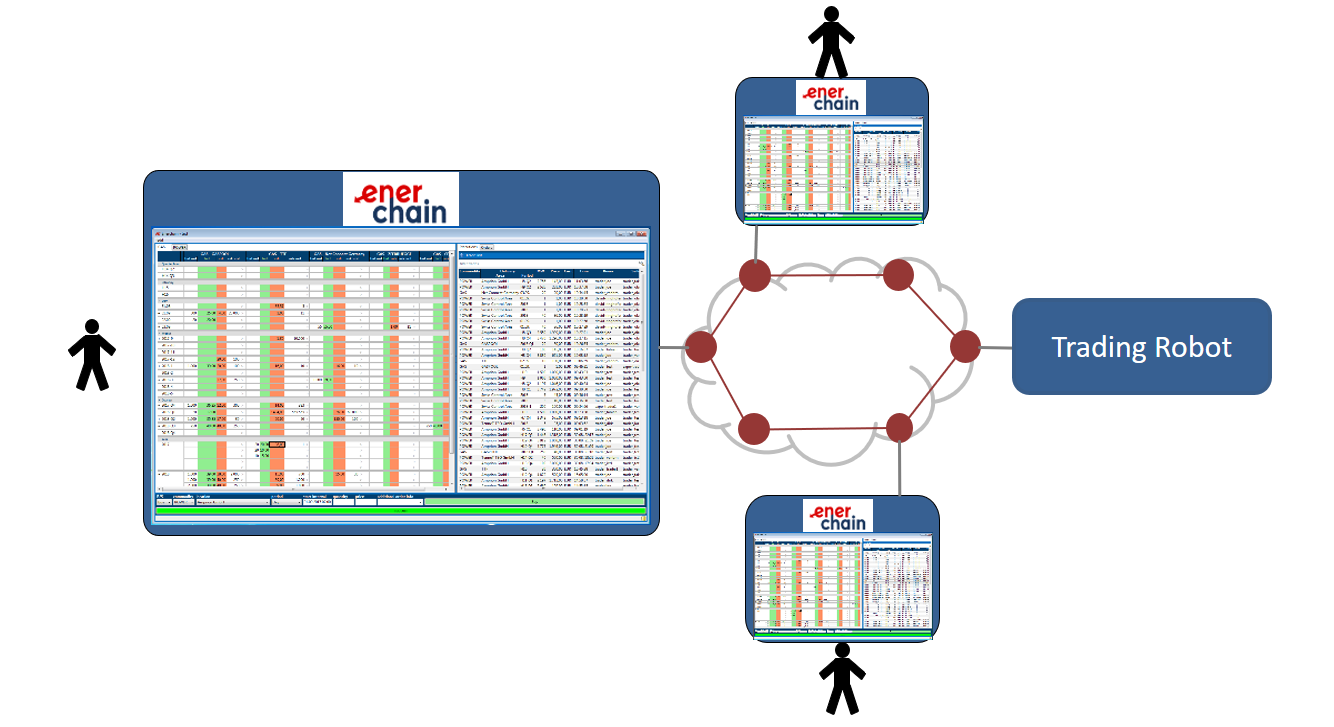 Now in October 2017 we have not only achieved the critical mass for the next phase, the consortium has grown substantially: 33 of the largest and most innovative European utilities and oil majors have joined Enerchain so far. Together, we are striving to establish the first distributed marketplace for OTC trading of wholesale energy products. And the movement is still growing: more and more energy traders are coming on board. today, on September 29th, Enerchain opens its PoC environment for trading of physically settled power and gas with a range of standard delivery periods. At the same time, Enerchain functionality and interoperability is extended for

This is in line with the vision of Enerchain as the operating system for wholesale energy trading, where multiple vendors can plug in their apps and services. No single vendor should have the power to control this stack of applications, or force others into entering commercial agreements by withholding access to a proprietary API. In this context, Blockchain technology can act as a self-commitment device: a commitment to openness and to acting in the interest of the trading community as a whole.

On EMART 2017 / European Utilities Week in Amsterdam the first real P2P trades over the blockchain was shown to the public. Last year’s live trade was executed on a blockchain demonstrator running just on Michael's laptop, but this time, market participants’ trading desks are directly connected with each other via the Enerchain blockchain-based software, we showed two live trades:

More than 100 participants witnessed the trades. Another highlight right after these two trades was a video of the PONTON company band "Peak Load" that presented a blockchain song! The PONTON team is proud of having organised this live trading session in the EMART Energy HUB as the next great step for Enerchain. 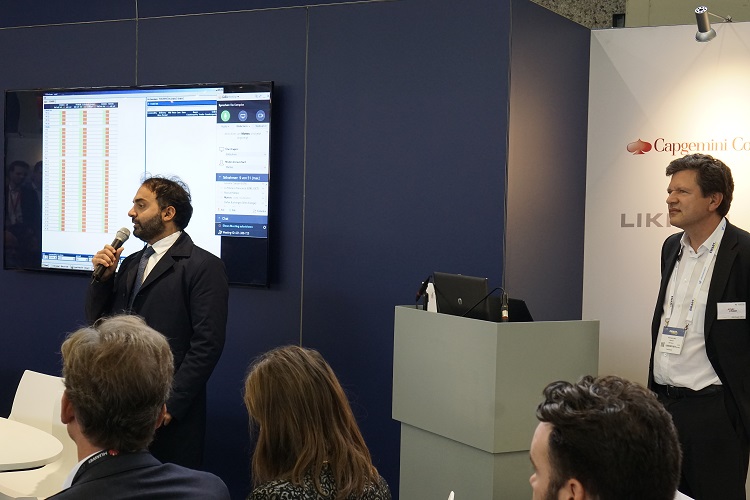